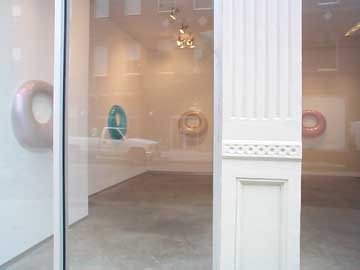 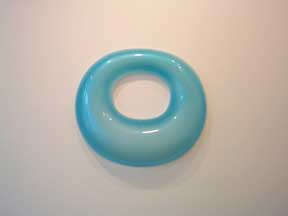 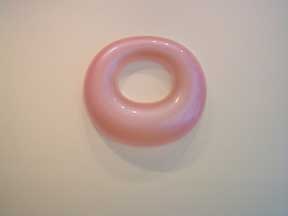 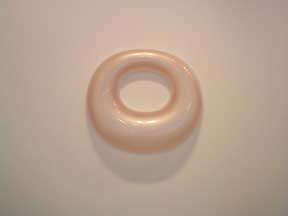 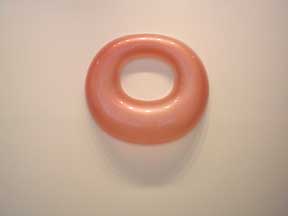 During the 1960s, Craig Kauffman became well known as a member of the LA Finish Fetish movement. Kauffman was the first artist to work with plastic on a large scale, using it to create luminous, vacuum-formed wall relief "bubbles". Iridescent, delicately nuanced colors and voluptuous forms give these works a sense of mystery and eroticism, while their simplicity echoes a minimalist vocabulary. The playful bubble shapes also have an intrinsic humorous quality. In Kauffman's most recent works, the artist brings a new ring-shaped form to his shimmering wall reliefs.